Reflections of a Pensive Poet 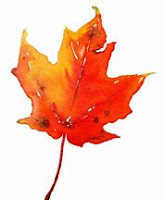 Every year when my thoughts turn to fall, I recall a favorite poem I wrote in the early '90s when I was a graduate student at The Citadel, examining voice in an advanced poetry class.

Reflections of a Pensive Poet

Had my mother not fallen on society’s stage, acting in Someone’s play,
Designed to inspire fantastic and frightening images and phrases in an infant son,
And had my father not found refuge and freedom in escape,
Would I have heard and written the word “nevermore,”
Now forevermore chained and stored in the catacombs of men’s minds?

Had I received the grace-granted love given to all children,


And had I not begged a false father for his despondent attentions—
Attentions that he could not even give his wife, my make-shift mother—
Would others have read how my pen and heart bled
For cold maids and un-dead maidens
Whose love was as temporary and temperate?
Could I have ever told of the tens of thousands of tortures which tormented me
When I could not feed my devoted aunt-mother and dying cousin-wife?
What unnamed fiends found my mind and made a home
Where cold and solitude were my only companions?
My mind was ravened, black and stark,
Scattered with words ushered there by Deprivation and Devastation.
I wonder had I been prosperity’s son,
Would I have heard the haunting, dark verses

Which left my fissured mind weak and unstable,
Or would I have heard some chirp-word from some blue bird,
Never to be heard from or remembered again?
I can’t remember now if the alcohol was my favored, fancied friend,
Or if it was a necessary nurse to help mend my menaced memories.
My heart told me unspeakable tales others’ hearts could not bear to hear.
My pen pictured devils and Death, Pits and predicaments, Bugs and bitter birds.
It chronicled Mysteries and Masques, Murders and Morgues and beasts and burials.
Was my grief worth the token gold?
Was my piece of fame worth my loss of peace?
Did I as a child belong to the black bird before I ever heard the words
Pick and peck at my head until the vowels were vented
And the consonants were consecrated onto the page? 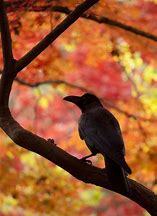