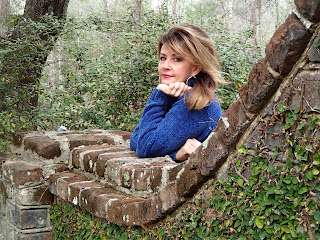 What does it mean to write Southern? Well, it’s not about writing in a location. You may not even be a Southern writer if you were born in the South, though being born and raised in the South will give you a huge advantage.


As a student and connoisseur of Southern literature, being brought up on Flannery O'Conner, Truman Capote, Eudora Welty and Mark Twain, I have learned to distinguish between the nuances of true Southern writers and those who—bless their hearts—wish to be. The differences are sometimes subtle but stand out like a carpetbagger at a pig pickin' to natives.


I do appreciate those who love the South and have tried to assimilate into our culture so that they've taken it upon themselves to document our truth with words in novels and poetry. It's just that many who genuinely know and love Southern literature are authentic Southerners themselves, and when they read those authors who straddle the Mason-Dixon Line with words and details—well, let's just say, they can tell (and it pulls them out of a story).


Southerners use particular dialects, colorful phrases and unusual sentence structures that are unique to an area…and a culture. I could be writing about a party with lots of characters and have numerous Southern dialects, phraseologies and structures in one scene. Writers who don’t understand the South won’t be able to differentiate the linguistic nuances well enough to fool Southern readers; however, they do a good enough job so that they get by with the masses—and the New York editors who’ve never once been to an oyster roast or a camp meeting.


Southerners, however, can identify an imposter from the first page…and from the very first paragraph, they can identify a native who writes humidity and hospitality into every sentence. Normal Southerners don’t prepare meals, they “fix” them. Their meals must be more than the ubiquitous fried chicken, but it won’t include a barbecue with hamburgers and hotdogs. Southern women are affiliated with church and life-long girlfriends, and Southern men know hunting and college football. Though an outsider can toss a few of these facts into a manuscript, a Southern writer can weave these facts into the fabric of the novel effectively and effortlessly.


For many years, my reading list was filled with novels from authentic Southern authors—writers who lived the South, breathed the pluff mud, and ate its fare. Pat Conroy, Ann Rivers Siddons and Dorothea Benton Frank were my favorites and never disappointed on any page. They sat me down and told tales like I’d been told by my grandparents—tales filled with family, heart, disappointment and food. Each had a lesson—a lesson best learned in the South. These days, my heart beats more sadly because each of my favorite Southern writers have ended their stories—two in the last year…and the world of Southern literature is poorer for the losses.


I strive to write that which is authentic, true and realistic for the actual South in which I live—not the one outsiders see or wish it to be. As I weave a tale with an insider’s heart, I attempt to anchor the region as a character in my books. This stretch of Southern coast we call The Lowcountry is my South, my home, my world, and I write about it as though I have been anointed to write a book for a Southern Bible.

Posted by Vicki Wilkerson at 2:49 PM