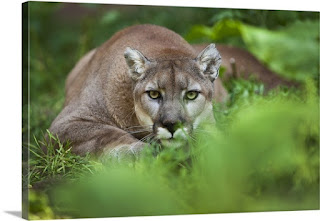 Have you ever been stalked? If you have, you know how scary it can be. If you think you haven’t, you may not even know that you have been stalked. Authors love to write about stalking because it adds tension in books, the same as in victims’ lives. People call it stalking because it is what animals do—they quietly, secretly, stealthily creep around looking for its target, at its target, salivating for contact with the target, and the victims (frequently) don’t even know it—until it’s too late! That is why you must be aware of stalkers at all times. Unfortunately, in a way, the victim must be constantly cognizant of her stalker to keep herself safe and informed about what the stalker is up to, planning, thinking, saying, doing. Because there are signs of trouble beforehand, and you must be aware in order to protect yourself.


Unfortunately, I have some experience with this topic. I’ve been stalked by two serial stalkers, upon whom I’ve had to call the police, by two men from previous relationships who didn’t want to let me go, and by a woman (who was married to a different man) who had an agenda to undermine my relationship with her ex-husband from whom she’d been divorced for over ten years. The first two were scary threats, and the last three were simply up to no good. But make no mistake about it, the latter category could always turn South, and that is the reason they should be monitored, too.


I didn’t understand stalking at first because I was a polite Southerner. Why on Earth would one want to be in the company of someone who didn’t want to be with them? Relationships are a two-way street, right? People tell you and give off vibes to let you know they don’t want your company. Stalkers—on the other hand—are socially handicapped and do not “get” those vibes, hints, or words. In fact, you can vehemently tell them to stay away from you, and they won’t because of one universal characteristic: Stalkers do not hear the word “NO”!


In fact, stalkers do not even recognize that they are stalkers. They have NO boundaries. The police can come. You can take out a restraining order. You can say anything to them to show your discomfort or fear of their behaviors, and it doesn’t matter. They are solely focused upon their agendas, unable to admit to themselves that they are, in fact, a stalker. Instead, they say they are around you to help you, to love you, to warn you about dangers, to simply talk to you, to spend time with you. Who wouldn't want that, right? Wrong! They don’t recognize that you didn’t invite them to the movies—and they show up at the movies when you are there (WTFun?). They don’t care that you don’t go to their house to visit them—and they come to your house almost daily. They don’t care that you didn’t invite them to go shopping with you—and they show up at the mall or the grocery store or a restaurant (coincidentally) when you are there. And they ALWAYS have an excuse for their contacts with you and their behaviors toward you.


I also learned firsthand that the police can do little unless the stalker has threatened you. Unfortunately, stalkers are very good at what they do, and with a little information, like where you work, they can make your life a constant anxiety fest. After the initial daily stalking from a man we’ll call…I don’t know, say “Dan”, I would go for relatively long periods of time (a year or more) without ever seeing “Dan.” Then he’d show up in the mall and follow me around while the security guard yelled at him to leave me alone, and then “Dan” disappeared when I heard the police sirens finally arrive. I wouldn’t see him for another year, and then I caught him watching me with steely eyes from across the ice rink at a hockey game. Then I wouldn’t see him again for another year, until he saw in the paper that I was orchestrating the commencement exercises at the high school where I taught. By then, I’d hoped “Dan” was in my rearview mirror, but no. He spotted me at the North Charleston Coliseum at the graduation ceremony, and tried to get to me to through the crowd to “talk.” I had to fight the crowd to get to a security guard who whisked me away under the bowels of the coliseum and out a secret exit and to my car. Though that was now twenty years ago, he recently ran into my sister-in-law, and told her he was still in love with me. I still cannot let my guard down when I am in public.


In the spirit of the Me, Too Movement, where the perpetrator cannot explain away the unwanted, unencouraged sexual behavior, the stalker does NOT get to decide if what they are doing is stalking! Stalking is called by the victim, just like sexual harassment is called by the victim. If any person is showing up in another’s life and it makes the victim feel uncomfortable, she is empowered to call it what it is—stalking!


I said all that to say this: You can never truly let your guard down with a stalker. Be aware of your surroundings and the stalker’s “understandings” about you and his/her intentions toward you because even if you haven’t heard from the stalker in a while, he/she may still be watching you! My husband is a hunter (and yes, “Dan,” he owns LOTS of guns, in case you’re wondering), so I will use his analogy freely. While you are hunting a deer (going about your daily activities), be aware of the bear that has been following you for miles and you’ve never even heard a twig snap. By all means, in order to stay safe, know what your stalker is up to—in essence, stalk your stalker!

Posted by Vicki Wilkerson at 8:00 AM No comments:

Southerners and Our British Roots

Recently the royal wedding triggered a line of thought that has been traipsing through my mind for many years, and that is the close connections between Southerners and the British. Of course we know that the South was settled largely by the British. Many of the plantations of the South were originally land grants from the kings of England. But even if you cannot trace your family’s history back to its British roots, you can trace some of the South’s culture back to the United Kingdom and, thereby, explain some of our…tendencies.

When visiting the United Kingdom last year, I was taken aback by the ubiquitous use of the word “proper.” There seemed a proper way of doing everything—as exampled always by the rules of royalty. Though much of the South has taken on a more casual way of living, make no mistake about it, doing things the “proper” way is still the preferred way to many Southerners.

First of all, we (who notice) are like the British in our formal behaviors and manners.  Dining, sitting, introductions, decorating—all have protocol. Though they were too gracious to call us out on our American dining habit of switching our forks and knives when we ate, we caught the way the British looked at us. Though we eat with our forks upturned in our right hands and don’t ascribe to pushing our peas with a knife onto an upside down fork in our left hand, we have our own standards for manners when dining and interacting with others, and like the British, we would never call people out for putting their elbows on the table or for eating and talking at the same time. There is simply a way to behave in “proper” society, and then there is…the improper way. Though our “rules” may differ slightly, propriety is the overarching theme for both cultures.

Dressing for the British and for “proper” Southerners is a more formal affair, as well. The British love their tweed and wool from the Cotswalds, and we ladies from the South love our Lilly Pulitzer dresses, but what we both have in common is our united sense of dressing conservatively and well. We have a sense of what is proper to wear where and when. And though it’s not always adhered to, the rule in the South about not wearing white before Memorial Day and after Labor Day is still on the books for many in the old guard. Do I even need to point out our affinity for pearls? And nowhere is the similarity more evident than when dressing our children. We Southerners decorate our young children with smocked dresses, shorts suits and outfits made of heirloom stitching, and we slap bows the size of our little girl’s heads in their hair. We have a sense of fine fabrics, cardigans, and “proper” shoes for our little ones, as well. Just take a look at the royals—if you’re in doubt.

The foods and beverages we consume in the South have British roots, too, though some may not fully understand. Our meat puddings, like liver pudding and hog’s head cheese, have their beginnings in merry old England, where meat pies and puddings are staples. Have you ever eaten black pudding? In the South, we call it blood pudding. And do I even need to mention the connection we have with tea? It is an everyday staple for Southerners and the British. Though we have morphed our consumptions (sweet iced tea for us and cream tea for the UK), the unifying part is the tea.

Where do you think we get our love for hunting? That’s right, Great Britain! The list is long: Fishing is a religion. We look for occasions to pull out and use our best silver. We love our Southern gardens, Southern gates, and Southern architecture—all of which harken to the United Kingdom. Like the British, we go overboard naming our children with family names. Our churches and our faith are serious business. We love to decorate our homes with English antiques or antiques that embody British aesthetics. We name our houses, gardens and lands like the British-Middleton Place Gardens, Charles Towne Landing, and Drayton Hall, just to name a few.

I’m not saying that some of these influences cannot be linked to other regions of America, but the fact that the traditions are magnified tenfold in the South cannot be disputed.
To further my point about our connections, I can direct you to my favorite Southern magazine, Garden and Gun, which is planning a trip for subscribers to Great Britain to celebrate all the things we have in common. The South’s execution of some of these traditions may be slightly different; however, our connection to the British is undeniable. Southerners have British roots that have grown deep and wide in this warm Southern soil!

Posted by Vicki Wilkerson at 7:23 AM No comments: