Symbolism Is in the Eye of the Beholder


Just like beauty is in the eye of the beholder, so follows symbolism. Symbolism adds depth and meaning to works of literature. It causes people to engage in the process of reading, to infer, to contemplate.
I work hard to build symbolism into each novel I write and into each poem I pen.


For years, as a high school English teacher, I taught students how to access symbolism as a literary device to unlock the deeper meanings of literature. The definition of symbolism is “something that stands for something else.” I always began my lesson by pointing to the American flag hanging in my classroom. I would ask, “What does that flag symbolize to you?” 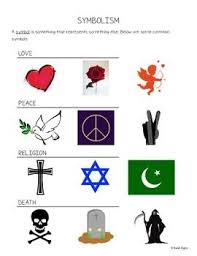 Most students would offer the following words: the fifty states; freedom; America; life liberty and the pursuit of happiness; patriotism; liberty; independence; opportunity, etc. You get the picture. I would then tell them that if this flag were placed in another country, and I asked the same question, I would hear very different responses. Some may say the American flag might symbolize tyranny, injustice, imperialism, death, torture, the CIA, bullying, lies, warmongering, etc.

Symbolism is, indeed, in the eye of the beholder.

Fast forward to today, and I find that my lesson—the same lesson that has been taught for centuries by philosophers, educators and poets—is being hijacked by the Word Police. Today, I am told that I am not allowed to infer symbolism on my own. Instead, I must adhere to Group Think and accept the symbolism as it is defined FOR me. 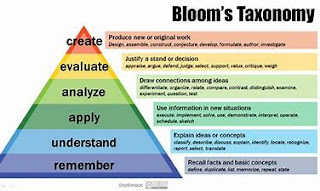 Critical thinking is a highly-valued commodity on Bloom’s Taxonomy of Higher-Order Thinking Skills. As a teacher, I tried desperately to encourage and support analysis and evaluation in my classroom. If a student could defend her interpretation of symbolism, even if I disagreed, I rewarded her inferences. I applied those same skills as a graduate student to infer meaning and symbolism in obscure pieces of literature that were not found in literary criticism. Now, the media, political groups, cultural groups and politicians are telling me that I am not free to infer symbolism on my own (for certain things), but I know that when that freedom is breached, there will be no end to the power to control thoughts and freedoms. Those entities prefer that others operate at the bottom of Bloom’s Taxonomy for Higher-Order Thinking Skills. Their demand is for the masses to simply “remember” and “understand,” to simply regurgitate what they wish the public to think.
Those of us who prefer to operate at the top of the taxonomy, analyzing, evaluating and creating on our own are cognizant of rights and freedoms and intellects being subtly assaulted. I have not named specific instances of these assaults because I trust you, my intelligent readers, to apply what I have discussed in this post, not only to literature, but to religious, cultural, political and social institutions. I trust you to extrapolate and infer on your own.
For me, as a writer, I create new, original works all the time—some contain religious symbolism that some publishers fear and some readers abhor because my novels are based on Christian concepts. Nevertheless, I write what God places in my heart. I have recently written a pro-life novel that is heavily laden with veiled Christian symbolism. Though I face censorship of thought and creation in the publication process, I will not capitulate. In fact, the censorship has done the opposite. It has fueled my full and unbridled pursuit of intellectual freedoms.
Think, people, think!
That is all.


Posted by Vicki Wilkerson at 8:04 AM No comments: